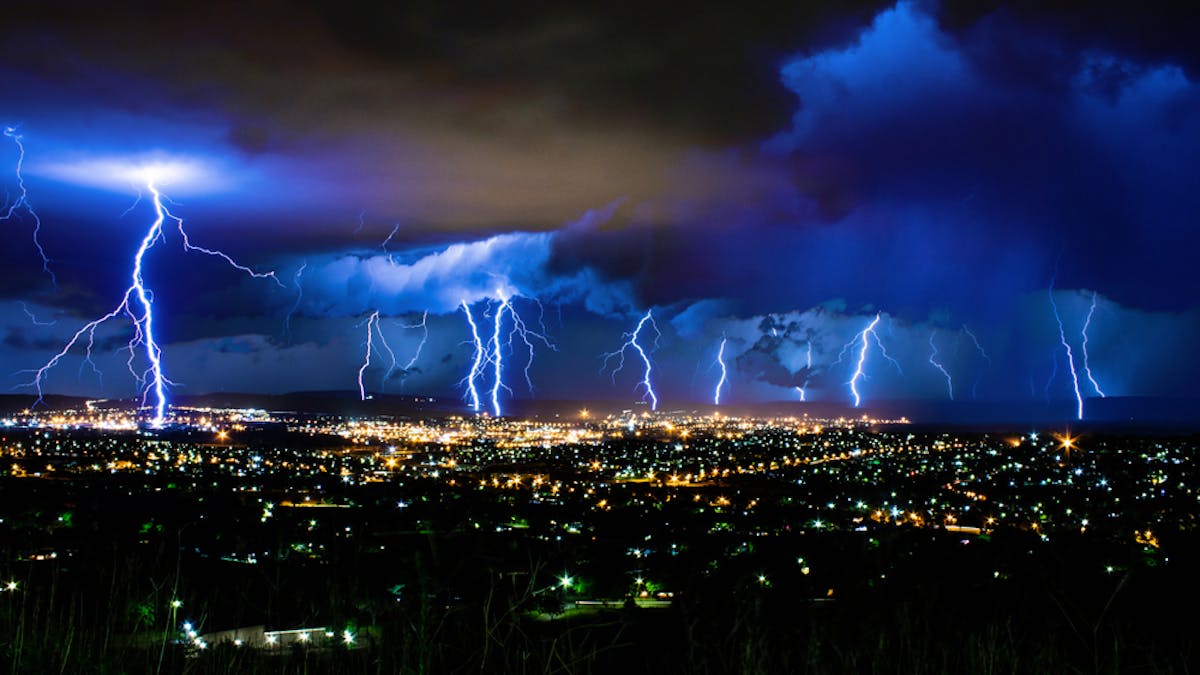 Since childhood, all of us have seen clouds, thunderstorms, lightning, and rain. Some of us really admire it and some are somewhat disturbed by the noises of thunder. When we began to learn more and more about this from our science textbooks, we gradually unravel the mysteries of tho flashes. Most of us have heard that clouds contain charge which is generated due to friction of water molecules, dust, and other suspended impurities in the air. Well, as we grow up and some of us who take up science in the high schools dive a step deeper to calculate the amount of charge from the surface areas and layer numbers of the clouds. But do you have this question ever in your mind, that why not all the charge drops down all at once? Simple experiments like rubbing wool with balloons etc. have shown that all the charges are lost when the discharging begins. So, this must-have resulted in one big bright flash when the clouds get charged and that will drain down all the charges. But the fact is, that doesn’t happen. Clouds follow a cycle of charging and discharging. But also, they hold the charge like a capacitor. Yes, and this capacitance of such a huge voltage is possible by the virtues of water which has a capacitance of 0.29 micro Farads. The phenomena of holding the charge are demonstrated by the cases of Ball lightning in which a bright ball of plasma is visible at times floating through the air and is experimented to contain a huge amount of charge, enough to be fatal for 10 men.

A Marx generator is basically a series of capacitors and resistors arranged in such a way that it promotes parallel charging and series discharging. So, when we charge such a setup, it will be charged to a great value. But while discharging, it will discharge by pulses. As a result, all the charges will not be drained out at once but little by little. Also, inter capacitor discharging is visible through the spark gaps. This results, to sum up, a large charge at the far end and finally blasts off like a clap of thunder.
&nbspb;
All these phenomena are observed during a thunderstorm. Inter-cloud discharging, clapping sounds of thunder, and also if you are lucky, then ball lightning.

A Marx generator is a small replica of actual lightning phenomena in a cloud. To understand the concept in detail, please follow this amazing youtube video.